Barrett’s carcinoma at the Z-line

Presentation, for a second opinion, of a 47-year-old male patient with multiple morbidities, in whom an early Barrett’s carcinoma had previously been removed using endoscopic mucosal resection (EMR) at an external hospital (pT1b, pL0, pL0, pV0, pR1 also at base). Despite the R1 situation at the base and the patient’s age, a surgical intervention had not been carried out due to the patient’s poor general condition and concomitant conditions.

There was an initially noticeable bulge at the Z-line; on closer examination, an irregular central area was then seen, with a suspicion of undermining growth under the squamous epithelium.

The planned endoscopic resection starts with marking of the lesion with a sufficient safety margin.

Presentation of the case at the interdisciplinary tumor board. Surgery was not planned, due to the patient’s multiple morbidities. Follow-up (with endoscopy and CT). 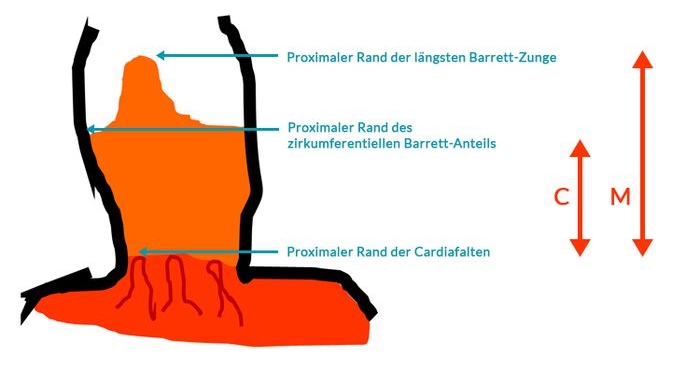