Does Barrett’s esophagus grow during monitoring?

It is unclear whether Barrett’s oesophagus (BO) length changes over time or whether the full length of the segment is established at the onset of disease recognition. The objectives of this study were to evaluate the association of age and BO length and to evaluate the changes in BO length over time.

There was no significant difference in BO length by age category in decades. In addition, the change in BO length from index to follow-up endoscopy was similar among patients >30 years. These findings suggest that a patient’s BO segment length attains its full extent by the time of the initial endoscopic examination.

What you need to knowf

The risk of progression of nonneoplastic Barrett’s esophagus to high-grade intraepithelial neoplasia or adenocarcinoma is extremely low and has been reported in recent studies to be 0.12–0.33 per year (1, 2). However, it appears (and this was at least so far always suspected) that the risk of malignant transformation correlates with the length of the Barrett’s segment. The question therefore arises of whether there is a continuous process in which the Barrett’s esophagus slowly increases in size and malignant changes develop during the subsequent course over several years along with the increase in size. If this hypothesis is correct, it would certainly be appropriate to carry out mucosal ablation in young patients at an early stage — i.e., even in patients with a small and nonneoplastic Barrett’s esophagus — in order to stop the sequence of change from normal mucosa to Barrett’s metaplasia to Barrett’s neoplasia, in order to achieve effective carcinoma prevention.

A large prospective multicenter cohort study, including 3635 patients with Barrett’s esophagus, has now investigated the extent to which different age cohorts differ with regard to the length of the Barrett’s segment at the initial examination and during the course of monitoring, and whether there is any association with the risk of neoplasia (3). Registry data were collected prospectively in five centers in the United States and analyzed in relation to this issue. The data collected were: age at first presentation, sex, endoscopic (length in centimeters) and histological Barrett’s characteristics (both initially and during the course), and also additional factors such as concomitant medication, body mass index (BMI), ethnicity, and nicotine abuse. The patients were analyzed separately in the following age cohorts : < 30 years, 30–39 years, 40–49 years, 50–59 years, 60–69 years, 70–79 years, and > 80 years.

The results showed that there was no correlation between Barrett’s segment length and increasing age. In addition, no Barrett’s growth was observed during the follow-up screening endoscopies. On the contrary: over all of the age cohorts, a mean decline in the Barrett’s length of approximately 1 cm was noted, although the decline was not significant in any single age group. The authors therefore suspect that the apparent shrinking of the Barrett’s segment was either produced by the PPI treatment that was being administered in more than 90% of the patients, or was simply explained by measurement variability during endoscopy.

The length of Barrett’s segments thus does not change, and no differences with regard to the length of the Barrett’s segment were identified in any of the age groups. What does this mean for practical physicians? Actually nothing at all, since a lack of increase in the length of the Barrett’s segment with increasing age does not automatically mean that the risk of neoplasia developing has vanished. Endoscopic and biopsy monitoring can therefore not be stopped solely for that reason alone. On the other hand, it shows once again that the risk of malignancy in Barrett’s esophagus is on the one hand very low, while on the other it is also very difficult to assess. Generally, the data do essentially confirm what every endoscopist already at least suspected beforehand: there are “short and long” Barrett’s segments as well as “good and bad” Barrett’s segments, but with a quite stable course during monitoring. And if a Barrett’s segment is going to become neoplastic, this occurs during the first year of monitoring in the majority of cases. This observation in turn implies that the neoplasia in the Barrett’s segment was already present at the initial endoscopy (although perhaps not yet so easy to locate). Accordingly, the modified recommendations also state that the first check-up endoscopy should be scheduled during the first year, while subsequent check-ups can follow after 3–4 years (4).

However, the data published by Moawad et al. are also of interest in that it is still absolutely unclear how in fact Barrett’s esophagus arises so suddenly (no matter what form it takes). Sometime or other, an event of some type must take place, or are we already born with a Barrett’s segment with a predetermined length and risk of malignancy? Data on Barrett’s in children and young adults are extremely rare, however. In this context, it may be regarded as a weak point in the registry used in this study that the age cohort of 50–70-year-olds represented more than half of the overall population, while the 30–50-year-olds were only 18% and those under 30 only represented less than 1%. Despite the relatively large number of Barrett’s patients, therefore, a certain amount of population-related bias cannot be excluded. Ultimately, therefore, what is needed is further data on the prevalence, extent, and histology of Barrett’s esophagus. It would also be important to find out whether individual genetic markers, for example, could be identified during the course of the disease or perhaps even initially, in order to allow better assessment of the risk for malignant progression and make monitoring more effective. Overall, therefore, there is thus plenty of room for further research to explain the pathogenesis of Barrett’s metaplasia and Barrett’s neoplasia. 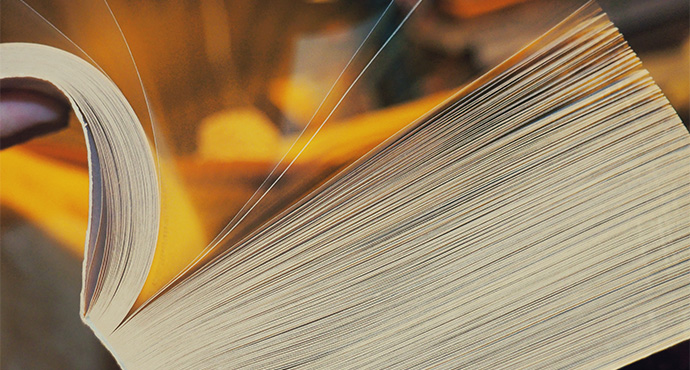 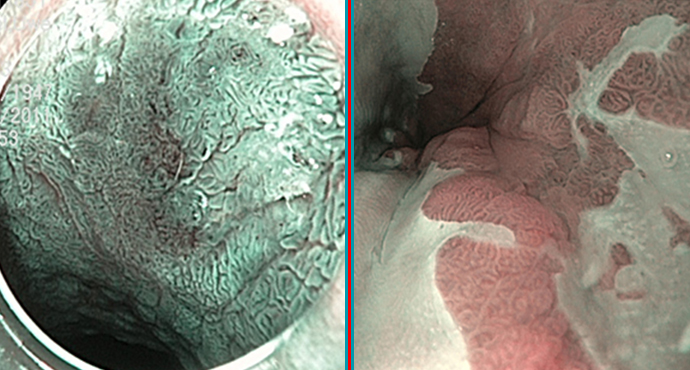 In the following, examples for superficial/early Barrett lesions of the esophagus are shown. Here, flat