Chronic inflammatory bowel disease (IBD) with its two forms, Crohn’s Disease (CD) and Ulcerative Colitis (UC), can be classified by various endoscopic scores with regards to endoluminal inflammatory activity of the diseases. Therefore, endoscopy is a central part of the diagnostic work-up for treatment decisions and guidance of therapy (e.g. by assessment of treatment response) (1). In CD and UC, different scores have been established. The aim of using these endoscopic scores is to achieve some degree of objectivity and comparability. Certainly, individual assessment of inflammatory features – mucosal reddening, for example – is dependent on subjective evaluation. The scores nevertheless are important in the setting of studies to provide a standardized basis for assessment (2). Classification according to pattern and localization of involvement is not the topic of this report – for that, see terminology projects such as the most recent one by the German society DGVS (3).

The so-called “Crohn’s Disease Endoscopic Index of Severity” (CDEIS) was the first endoscopic activity index for CD, but it was less suitable for everyday practice due to its complexity. Therefore, an easier to use version was developed: the “Simple Endoscopic Score for Crohn’s Disease” (SES-CD) (4). This score is based on the evaluation of five defined bowel segments (rectum, sigma + descending colon, transverse colon, ascending colon, and terminal ileum), and in these segments the presence and size of ulcerations and the extent of the inflammatory area and stenosis are assessed, then classified in severity as a score of 0–3. The scores for each individual segment are added together as a sum score (see Table 1) (4).

Examples are shown in Figures 1a–d.

The so-called “Rutgeerts Score” was developed to classify postoperative changes after resection (ileocecal resection). It includes an assessment of inflammatory lesions in the anastomotic area (ulcerated/aphthoid), which are predictive for the further clinical course (increased likelihood of disease recurrence) (5,6). Table 2 provides an overview of the different grades of this score.

Examples are shown in Figures 2a–d.

Several scores are available for endoscopic assessment of disease activity in UC. The most relevant scores, “Ulcerative Colitis Endoscopic Index of Severity” (UCEIS), Baron Score and Mayo Score, are detailed in the following.

For studies in particular, the UCEIS is the score that has been validated most and has reached the best correlation with clinical symptoms and could be used for further disease prediction. Vascular pattern, bleeding and erosions/ulcerations are scored (Table 3) (7); however, the unclear differentiation between erosion and superficial ulceration has been criticized with the UCEIS score.

Examples are shown in Figures 3a–e.

The so-called Mayo Score is a hybrid between clinical and endoscopic variables; stool frequency, bleeding, inflammatory activity on sigmoidoscopy, overall physician assessment and daily activities of the patient are assessed (Table 4) (9). In studies, a decrease of the score by 3 or more is usually taken as therapeutic success. For the assessment of endoscopic mucosal response, the endoscopic subscore is most often used, and mucosal healing is diagnosed with an endoscopic subscore of 0 or 1 (but subscore 1 can mean clearly visible remaining inflammatory activity). It must also to be mentioned that the Mayo score was developed long before the advent of HD endoscopes, which are standard nowadays.

Examples are shown in Figures 4a–d.

All the scores mentioned above are useful for the assessment of acute inflammation. In clinical remission however, the endoscopic assessment had become increasingly important to precisely diagnose residual endoscopic-histologic inflammatory activity or mucosal healing. At least in UC, the so-called PICaSSO Score (Paddington International virtual Chromoendoscopy ScOre) has been validated (10). This score includes two categories: mucosal and vascular changes (Table 5). These can be subclassified into subcategories according to the extent of the involved mucosal area.

Up to now, there are well-known changes in IBD that are not included in the above mentioned classification systems. These changes are not really related to inflammation, but rather to chronic mucosal changes in conjunction with functional impairment (e.g. extensive scarring) or with difficulties in surveillance (multiple pseudopolyps, villous-hypertrophic mucosal changes).

Examples are shown in Figures 5a–d.

Fig. 5: Not included in scores: 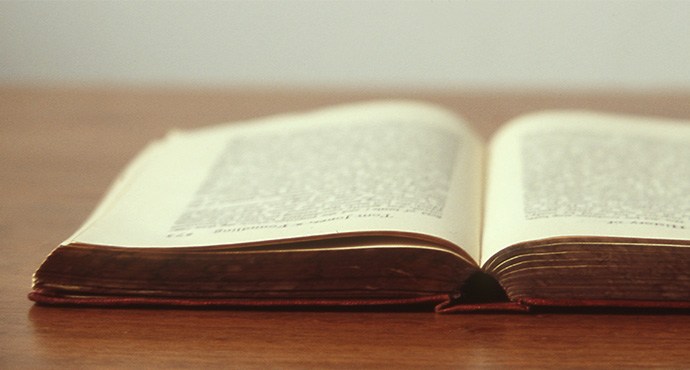